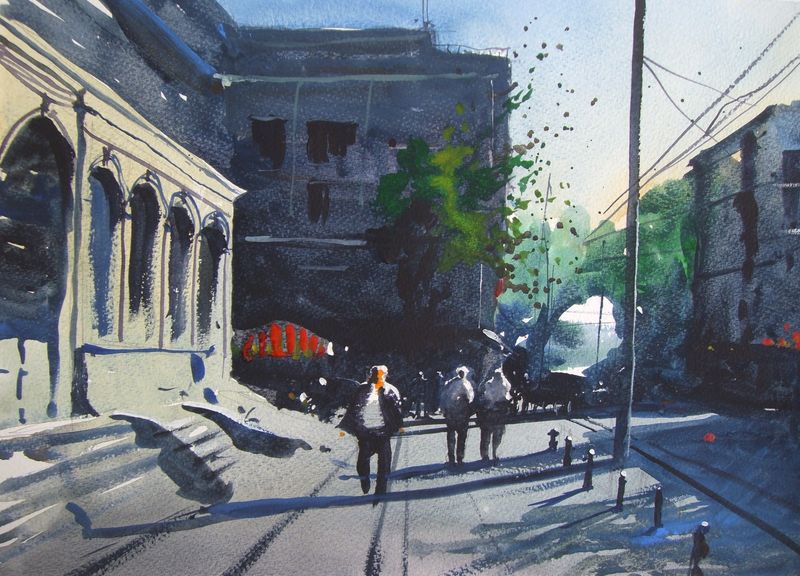 Divan Yolu, the "Way to the Imperial Council", was once the imperial road from Constantinople to Rome.  When it was laid out by Emperor Constantine the Great in the early 300s AD, Divan Yolu the main road leading from the city center on Seraglio Point to the Golden Gate in the city walls, where it met the road to Rome.  Now it's a busy cosmopolitan street with a mixture of up market shops, hotels, Turkish Buffet style restaurants and the main route down to the Blue Mosque and Topkapi Palace. The modern metro tramway runs up the middle of the street.