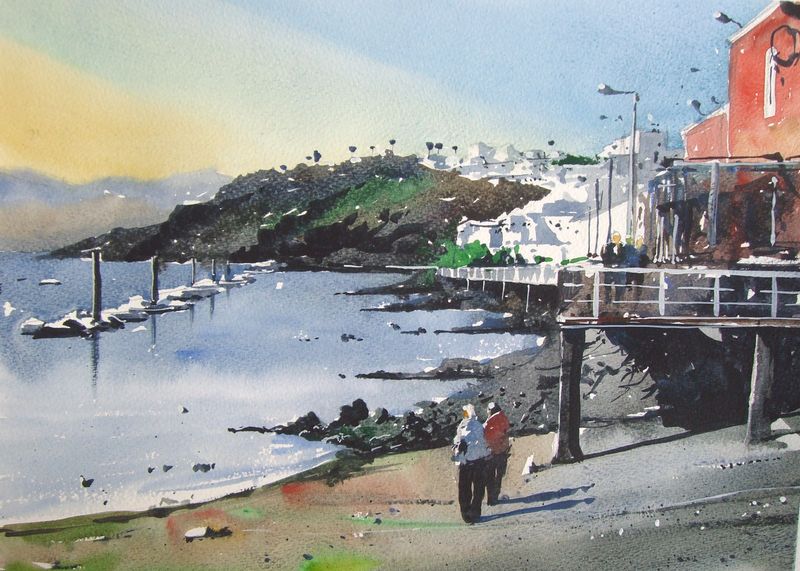 The slipway at the attractive little harbour in the old town part of Puerto del Carmen.   This is looking west along the coast with the white washed villas along the cliff tops and a nice wooden board walk perched along the edge here, offering a nice level stroll along to the end of town.  Curiously, there's a resident population of fresh water ducks at the slipway (probably because of the absence of any fresh water lake on the island that I'm aware of) and they never go hungry owing to half a dozen restaurants within 50 yards. View across the marina of Puerto Calero, Lanzarote, from the Buddha Bar (or Buda Bar depending on how you spell it). Nice place for a cocktail as the sun goes down over another day in paradise. Hope I managed to catch correctly the reflections of the yacht masts on the glass-topped tables. An early winter's Sunday Morning and the sun is coming in across the roof tops surrounding the harbour at Padstow. Padstow, located within the Camel estuary, is guarded by the Doom Bar. Doom is in fact derived from "dune" as in sand dune, and although it's claimed its fair share of sailing ships most of these were a result of the vessel losing its wind and steerage way after rounding Stepper Point.  Doom Bar (my favourite real ale) is also the flagship beer from local brewery Sharps, just over on the over side of the estuary in Rock. 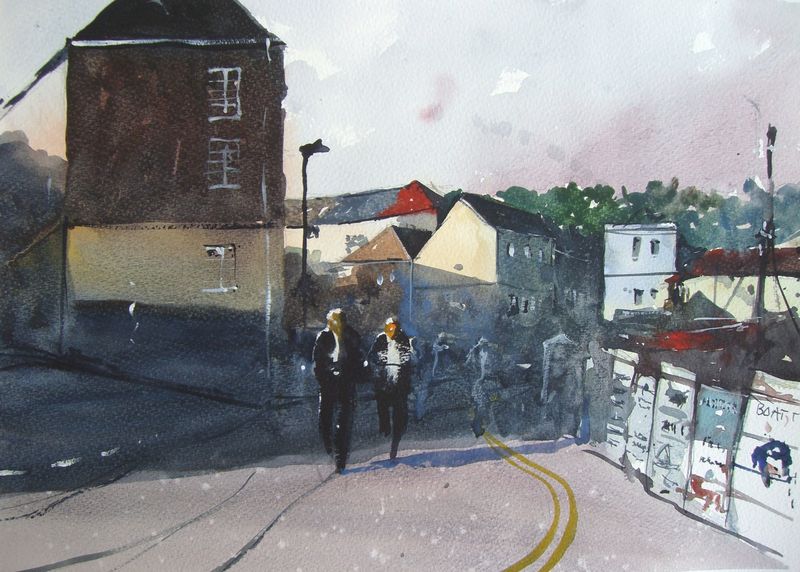 Padstow is a small fishing port on the wild North Cornwall coast and popular tourist attraction. Sometimes nicknamed 'Padstein' after TV chef Rick Stein who has many business in the town, starting with his up market seafood restaurants, then a fish and chip shop, delicatessen, cookery school and book shop.  It's a great place to stop off for a few hours and wander around the many gift shops, galleries and other pubs. 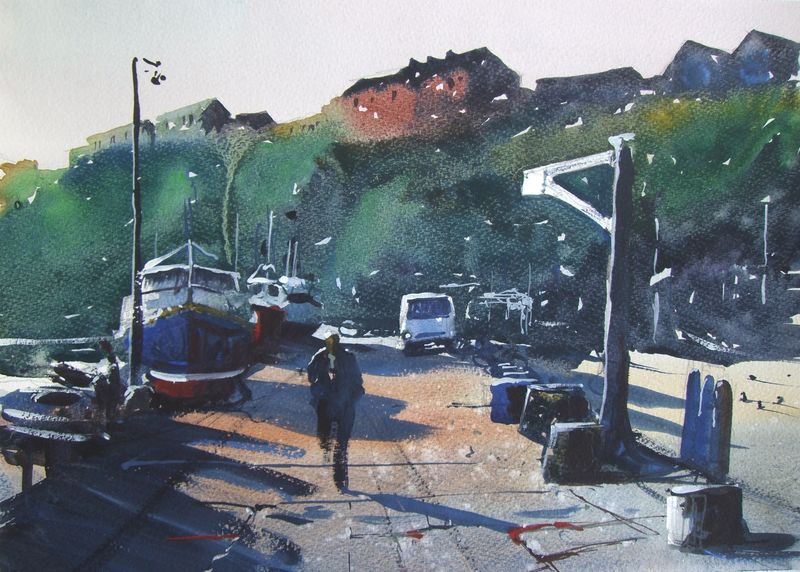 The well protected Newquay Harbour sits well below the town above, and it's quite a drop to reach it via a windy narrow road.  The Harbour is home to the yacht club, a lovely crescent shaped sandy beach and the thriving shellfish industry where evidence is all around with the smell in the air,  empty containers stored on the quayside and enterprising sea gulls hanging around like vultures waiting for a morsel. 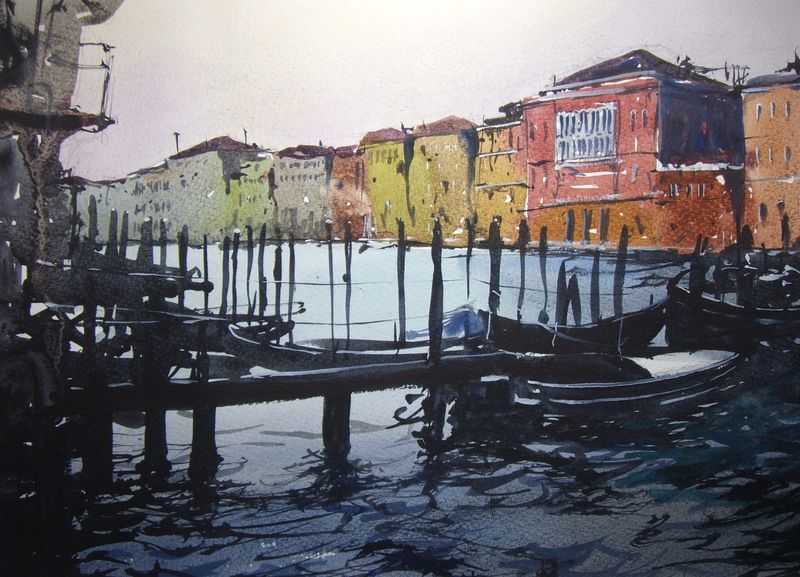 Although Venice is composed of islands and canals, the Grand Canal is the only really large one. It's shaped like a backwards letter S, and is approximately two miles long. At its widest point, at the Salute/San Marco (southern) end, it is roughly 350 feet wide; the normal width is about half that. The Grand Canal was traditionally the high-rent district in Venice; houses were larger, and decoration was on a much grander scale. This makes sense when you consider that the Canal offers much greater opportunities for everyone to see the buildings facing it. Further, the Grand Canal, affording easier transport and access to shipping, tended to favour the kind of residents who were large-scale merchants - the very ones likely to have more money. 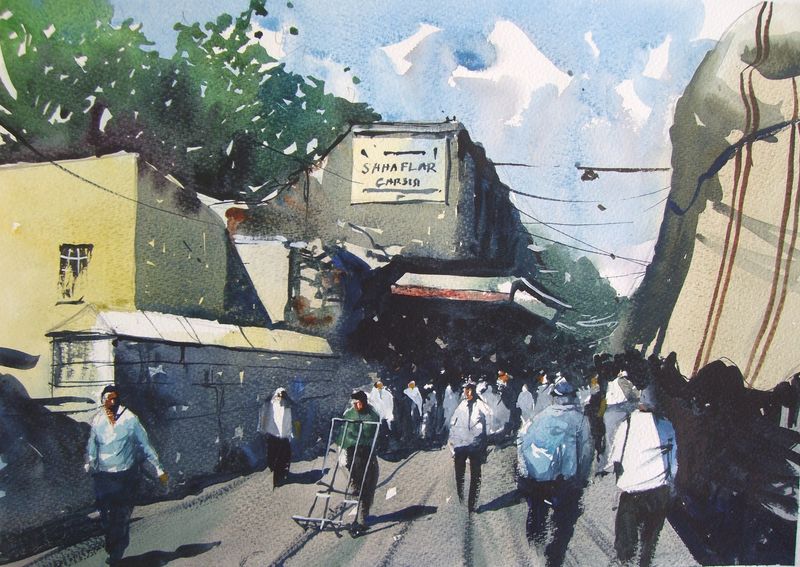 The famous Sahaflar Carsisi, in Bayzil Square, is directly opposite the covered bazaar’s Spoon Makers’ Gate. This historic area has about 50 small shops. This site was the Chartoprateia of Byzantium, the Book and Paper market during the Byzantine period. After the conquest of Istanbul in 1453, fez makers and metal engravers used the area. Booksellers were in the covered bazaar, now housing bedspread makers and vendors. Sahaflar’s fame reached beyond the Ottoman Empire to Europe, where writers and historians such as Antoine Galland, Hammer, Busbecq and Charles White gave special attention to this antique book center.

Road from Bursa up to Uludag National Park, Turkey The long windy road from Bursa up to Uludag, Turkey's popular ski resort.  You don't often think of Turkey possessing really good ski slopes, but it's not dissimilar to a Swiss resort up there and in fact the Swiss feel starts half way up from Bursa, as the fir tree line starts and wooden Swiss style chalets come into view. In the summer, many vendors set up shop on the road side normally on bends and sell the local honey, olive oil and snacks. 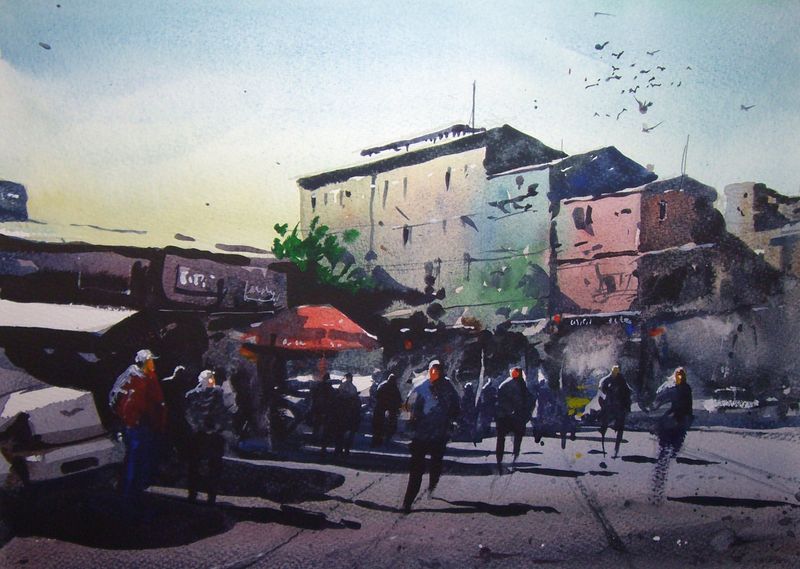 Beyazıt Square (officially named Hürriyet Meydanı, "Freedom Square," but no one uses that name except some cartographers) is the spacious plaza in front of Istanbul University's main gate, and next to the Grand Bazaar and the Old Book Bazaar. The area just east of the square is known as Çarşıkapı (CHAHR-shuh-kah-puh, "Door to the Market") because of a main entrance to the Grand Bazaar.It's a busy transport hub with bus routes converging and trams taking you down to Sultanahmet and the Galata Bridge.