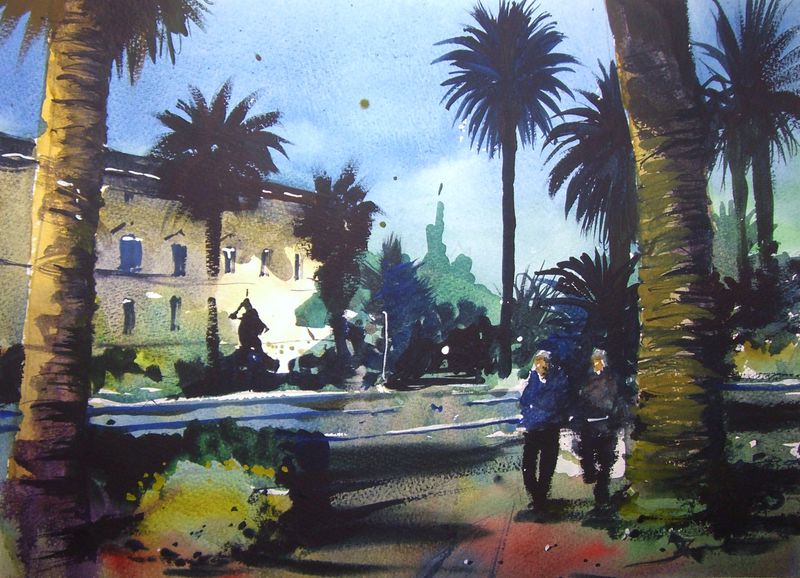 Central Trapani on the west coast of sicily, Piazza Vittorio Emanuele is an open haven made of part massive open air car park and park ornate gardens fronting the local government and bank buildings.  In this painting I tried to get a feeling of a sultry summer's evening before the light finally disappears.  It's just the time when the whole town comes to life after sheltering from the heat of the day.

This painting is sold. Mudanya on the Sea of Marmara has a very pretty seafront with lively colourful period wooden houses most of which have been restored to their former glories.  Late autumn and it's climate is not too different from the UK with storms coming in from the sea. 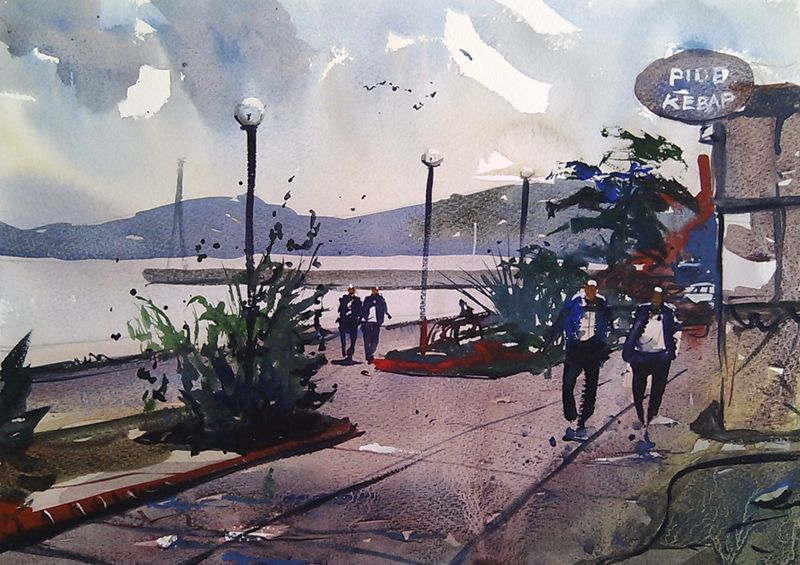 Mudanya on the southern coast of the Marmara Sea (the sea that runs from Istanbul down to the Dardanelles).  Mudanya has had a varied past: Not so long ago it was a Greek town, but now historically it's known for the Armistice of Mudanya, an agreement between Turkey, Italy, France and Britain, signed in the town, on 11 October 1922. Greece acceded to the armistice on 14 October. Under the terms agreed, eastern Thrace as far as the Maritsa River (River Meriç) and Adrianople (Edirne) were ceded by Greece to Turkey and Turkish sovereignty over Istanbul and the Dardanelles was recognised.  Just along the seafront here is a period, bright white house where the treaty was signed and is now a public museum (free entry - but not a lot to see, apart from the rooms laid as they were in 1922). All along the front are cafes, and Kebap/Durum takeaways. 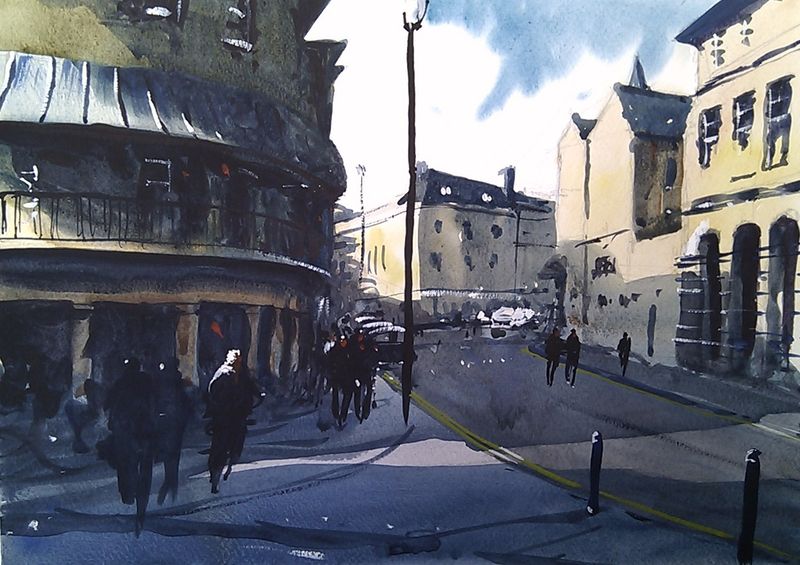 Westgate Street Bath looking up towards the Theatre Royal.  The architecture in Bath which many visitors come to see, is if of course constructed from Bath Stone, characterised by it's beautiful creamy, beige colour, mellowing with age. Whilst its perception may be of softness, it is highly durable, as the Roman and Georgian city can testify to.  I have chunks of it round my fish pond in the garden and it never seems to succumb to the frosts or the elements. 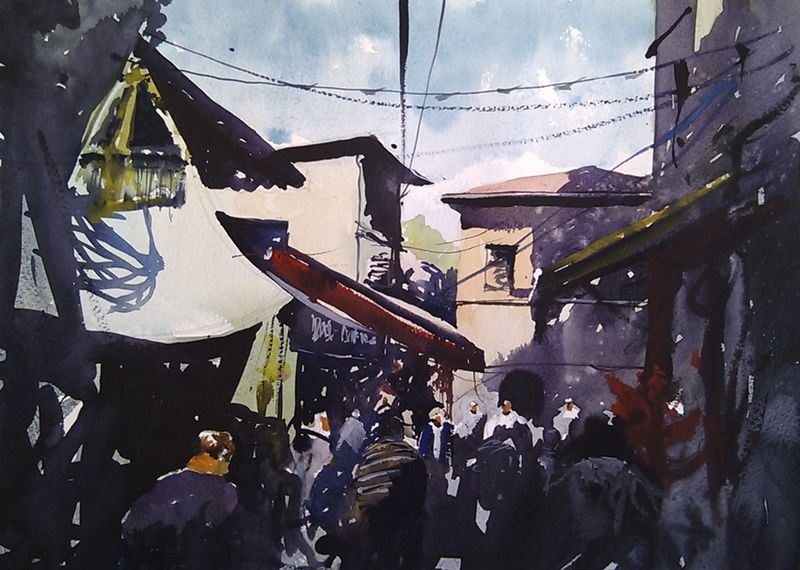 All around the sides of the well known Grand Bazaar or 'Kapili Carsi' in Turkish, are many other market areas frequented more by the locals rather than tourists.  Here, vendors supplying the same line of goods gather together in sometimes extremely narrow streets, so narrow, that the only means of transporting the stock around is either by over-sized sack trucks or literally on your shoulders.  You've got to be fit to be a market trader there - even as a visitor you could easily walk miles around the markets and still not see everything. 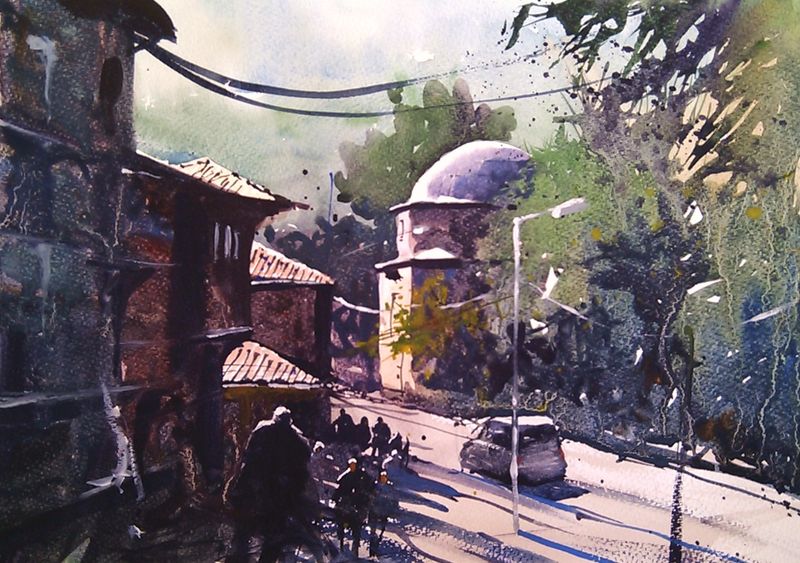 Yesil Caddesi Bursa, or 'green street' in English, high up on the southern slopes rising above downtown Bursa.  It certainly is green and very peaceful away from the hustle and bustle of Turkey's fourth largest metropolis, and the area is better known for the location of the tomb of Sultan Mehmet the 1st and his smaller children.  Quite a popular stop on the tourist trail round Bursa. 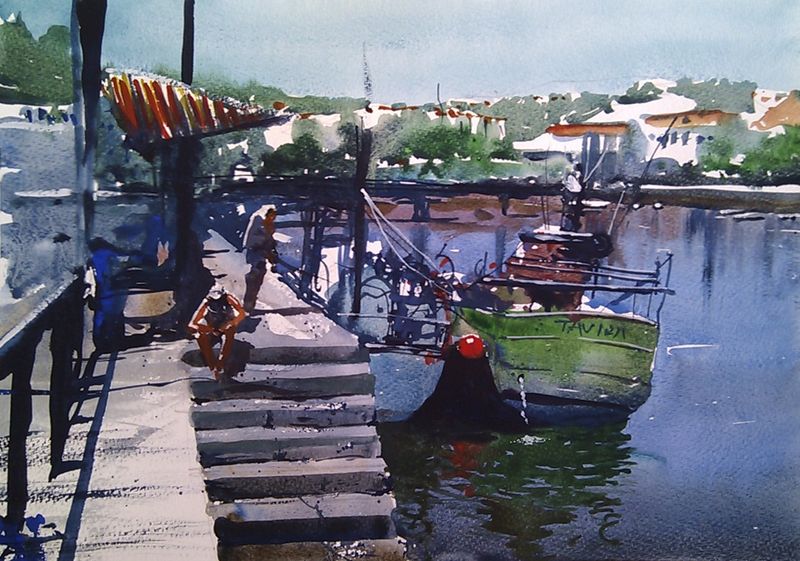 The coastal town of Tavira is cut in half by the River Gilao, and the ferry station near the mouth of the river takes summer visitors back an forth to the "Ilha de Tavira", or the beach islands - a sand spit or archipelago of islands several kilometers out to sea.  All around the ferry port are very reasonably priced restaurants, ideal if you're waiting for the next ferry. 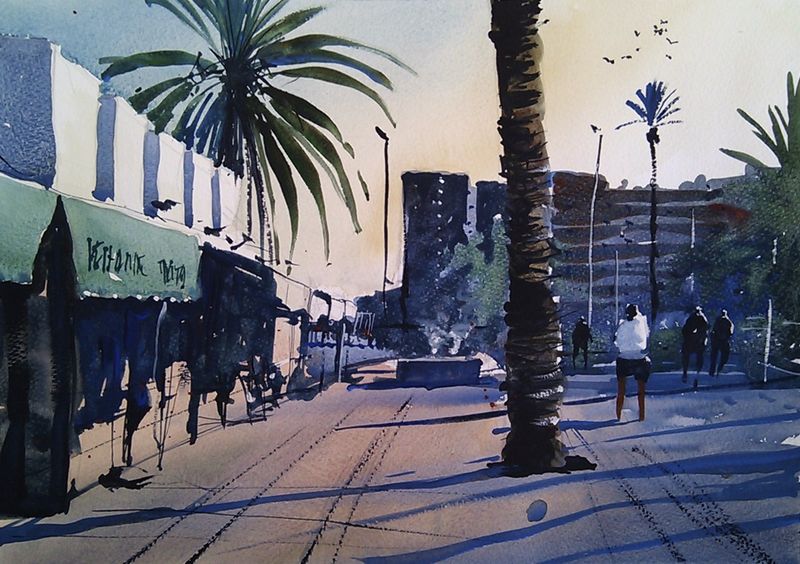 It's early evening, Fuengirola, and at almost every 50 metres or so, beach-side restaurants,  are starting their BBQs on top of sand filled boats.  As the embers die, rows of skewered Sardines are grilled to perfection.